Super Agents Inject Some Cool into Property
Brendan O’Malley
March 14, 2019
They call themselves Super Agents and their office looks like something Google would own. Meet Brisbane’s coolest real estate agents. 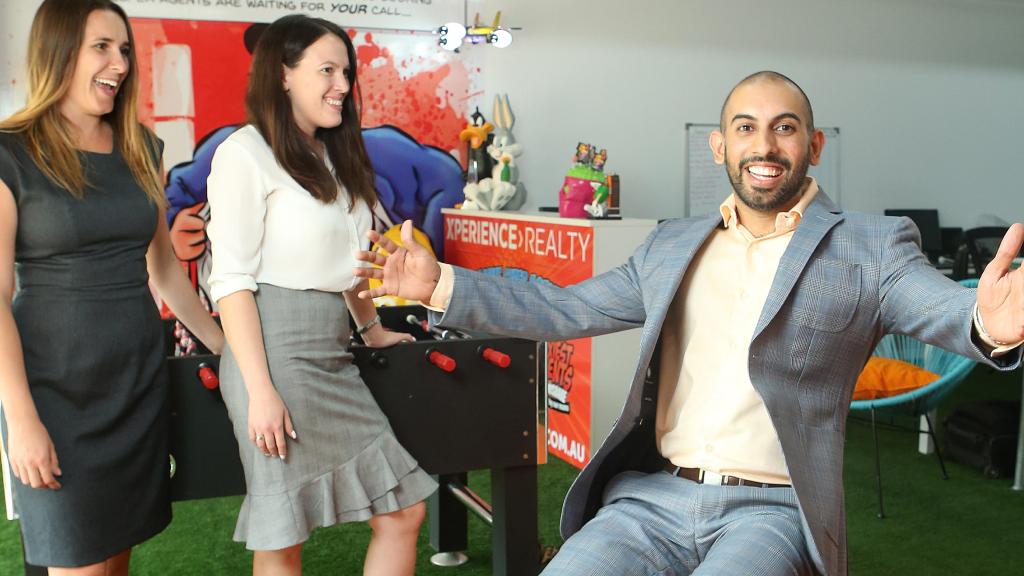 They call themselves Super Agents and their office has astroturf instead of carpet, foosball, giant beanbags and a skull-shaped Chupa Chup dispenser.

No, it’s not a Google HQ, but rather the funkiest new real estate agency in town.

Xperience Reality founder Vish Uttam said he wanted to create a fun workplace where his staff were motivated to come intothe office, as well as create a talking point among clients.

“We’re different to most other agents and I wanted to emphasise that,’’ he said.

“As well as sales and rentals, we do mortgage broking and AirBnB bookings.

“We’re trying to shake things up.

“We’re not for everyone. There will still be some older people who will still go for your traditional real estate agency, but the feedback we’ve had so far has been overwhelmingly positive.’’

“When clients come in, they’re smiling — the feeling is very positive,’’ he said.

Xperience last year took out the Small Agency of the Year Award.