Quirky Agent is the Master of Disguise
Elyse Perrau
December 22, 2014
Taking on the guise of a magician, a ‘super-agent’, and even Albert Einstein to market his listings, one real estate principal has made his mark on the property video world – with a Despicable Me theme next on the cards. 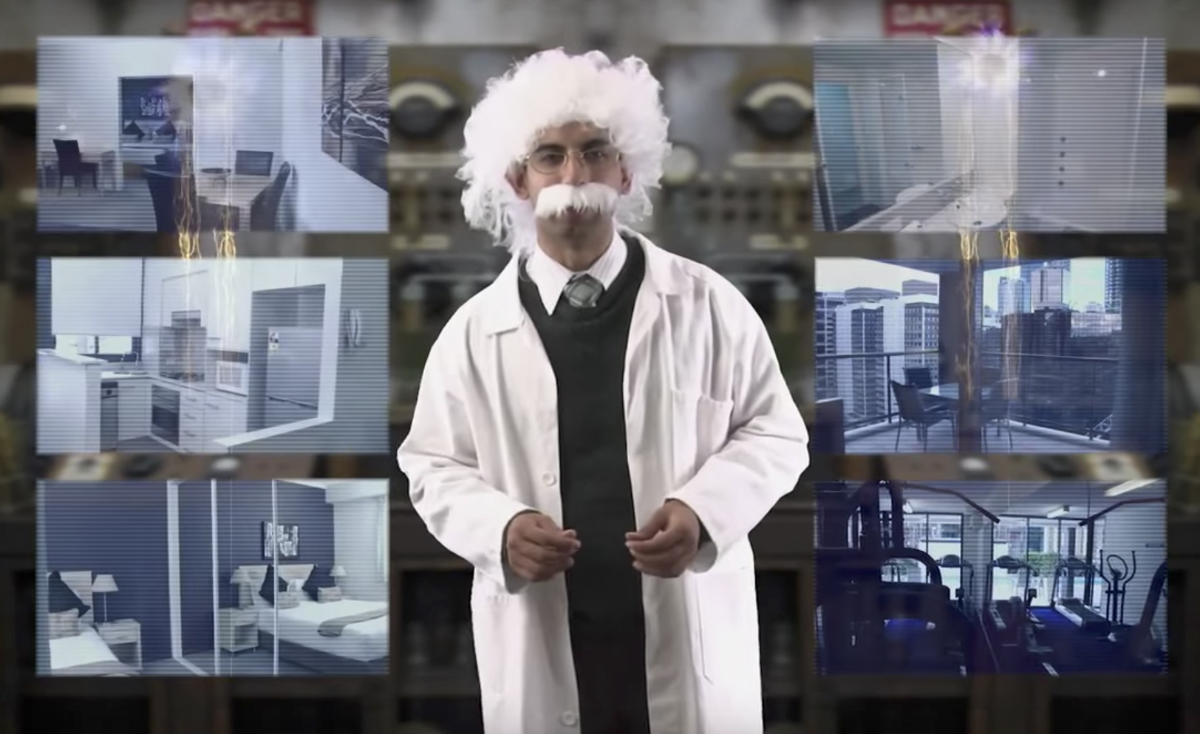 Xperience Realty principal Vish Uttam said he has been producing quirky property videos since he started in real estate five years ago.

“I did real estate in Dubai for a couple of years, and when I came here, I thought that the marketing done over there was head-above-shoulders and a bit more dynamic,” he told Real Estate Business.

“I don’t take myself too seriously – I just wanted to put a bit of my personality into the marketing. I thought that everyone was so serious in how they were doing things – there was no personality when dealing with an agent. It was very stale. It came down to the numbers and commission, and there was not really great customer service. That is why agents have such a bad reputation,” he added.

“I did this by just trying to inject a bit more flair and personality to the industry, and just showing that we can embarrass ourselves, we can be quirky, we can be fun and we can laugh at ourselves,” he said.

“Over time, we realised it was also more memorable for buyers. I had people in the street that would come up to me and say, ‘Vish, I had to come and see this property just because we laughed at the video and we wanted to meet you.' I have had people stop three or four times now in the city, and say, ‘Vish list, Vish list’ just from the videos.”

Mr Uttam said the use of unique videos engages people a lot more, and allows him to build up a rapport without meeting them.

“We find that using video exposes the property to a lot more buyers and a bigger demographic then we would've originally had if we used pictures too,” he said.

“It opens it up to a lot of interstate buyers and international clients – we create more competition, and because of that, it drives the prices higher and sells the property quicker.

“Our philosophy behind the video is, it always has to be professional, but we want a quirky or funny element to it, because we find that if people laugh, giggle or even smile at the video, they remember it a lot more and it tends to get shared a lot more.”

Mr Uttam said in his next video he plans to recreate the popular children’s movie Despicable Me, with the theme music and a mechanical minion.

"I am also on the look out for more innovative and dynamic agents to join our team."