Home
About us ►
properties ►
Why sell with us?Property ManagementAIRBNBFinance
Fun stuff ►
Reviews ►
Contact 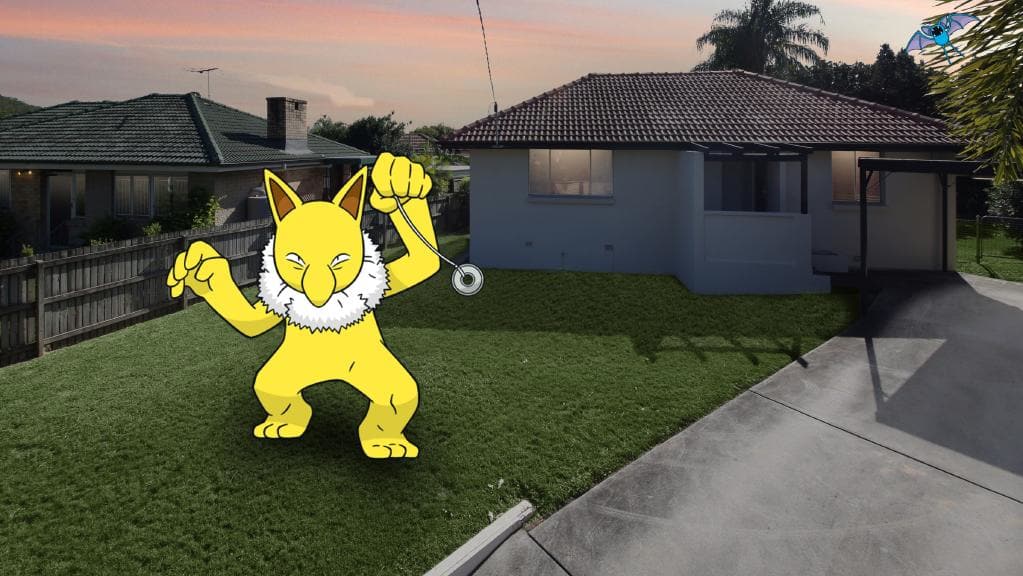 Pokemon Go lures and incense which cost between 80 and 100 Pokecoins each ($1.49 per 100 Pokecoins) were expected to light up open homes everywhere as real estate agents become the latest profession to jump on the Pokewagon.

The worldwide craze set off a buzz among agencies with several playing up the Pokemon credentials of listings, with the luckiest ones found to be actual Pokestops and Pokegyms.

Brad Bell Real Estate - 4122 agent Matthew Walton said there was a party atmosphere when lures were set off at the coffee shop attached his office which was also a designated Pokegym.

“From 6 to 9pm we dropped some lures which attracted a whole bunch of cool Pokemon and 15 to 20 people at a time dropped in. It was good to see people out there socialising with people they’d never met before.”

It’s the type of buzz they hoped to replicate at open homes, with agents downloading the app and staff set to provide live updates of the Pokemon that appeared.

One such home, at 9A Dupre Street Upper Mount Gravatt, had the bipedal humanoid Pokemon Hypno appear in time for a photoshoot for the listing.

Vish Uttam - aka Super Vish - of Xperience Realty Milton said lures were planned for all sorts of properties from million dollar homes to inner city apartments.

“It’s generating a buzz, some life around the property,” he said.

A two bedroom two bathroom unit at 1404/570 Queen Street in Brisbane was currently marketed as “close enough to the city’s Pokestops but quiet enough for real life”.

“You’re just walking distance to Pokemon gyms and Pokestops - plus real-life gyms and bus stops too, of course.”

“One of my guys said to me that Pokemon to his generation was like Star Wars was to mine. If there was a Star Wars thing in real life, I would go nuts and that’s what’s happening to the 20-somethings.”

“At the end of the day it’s about having a bit of fun. One of these Pokemon gyms is basically at our office. We’re thinking of putting up a sign to let people know.”

“I never thought in a million years that I would say this, but this morning I had a business consult about maximising their Pokemon exposure.”